We can all agree that it’s a great feat to live to be 100 — but it’s an even greater feat if you live well, well past it. Believe it or not, the five oldest people in the world today were all born in the 1800s! These supercentenarians, as they’re called, have lived through world wars, the sinking of the Titanic, the space race and much much more. But what’s even more astounding is that when they were born, the life expectancy for people in the U.S. was just around 60. The oldest among them, Misao Okawa of Japan, has nearly doubled that as she heads toward her 117th birthday in March. Here are the five oldest people in the world and their candid tips for living a long, long life:

Okawa was born in Osaka, Japan in 1898 and became the oldest person in the world when another Japanese centenarian, Jiroemon Kimura, passed away in 2013. Okawa lives in a retirement community and eats three square meals a day. She especially likes sushi which she makes sure to have at least once a month. But more important than diet are these three key tenets: “Eat and sleep and you will live a long time,” she told The Telegraph on her 116th birthday. “You have to learn to relax.” She also is said to sleep eight hours every night. Good, sound advice we think.

Weaver is America’s oldest living person and celebrates her birthday on the 4th of July. She lives in a care facility and is said to still be relatively active. She says it’s her faith that keeps her going. “You have to follow God. Don’t follow anyone else,” she told the Camden News on her 116th birthday. “Be obedient and follow the laws and don’t worry about anything. I’ve followed him for many, many years and I ain’t tired.” 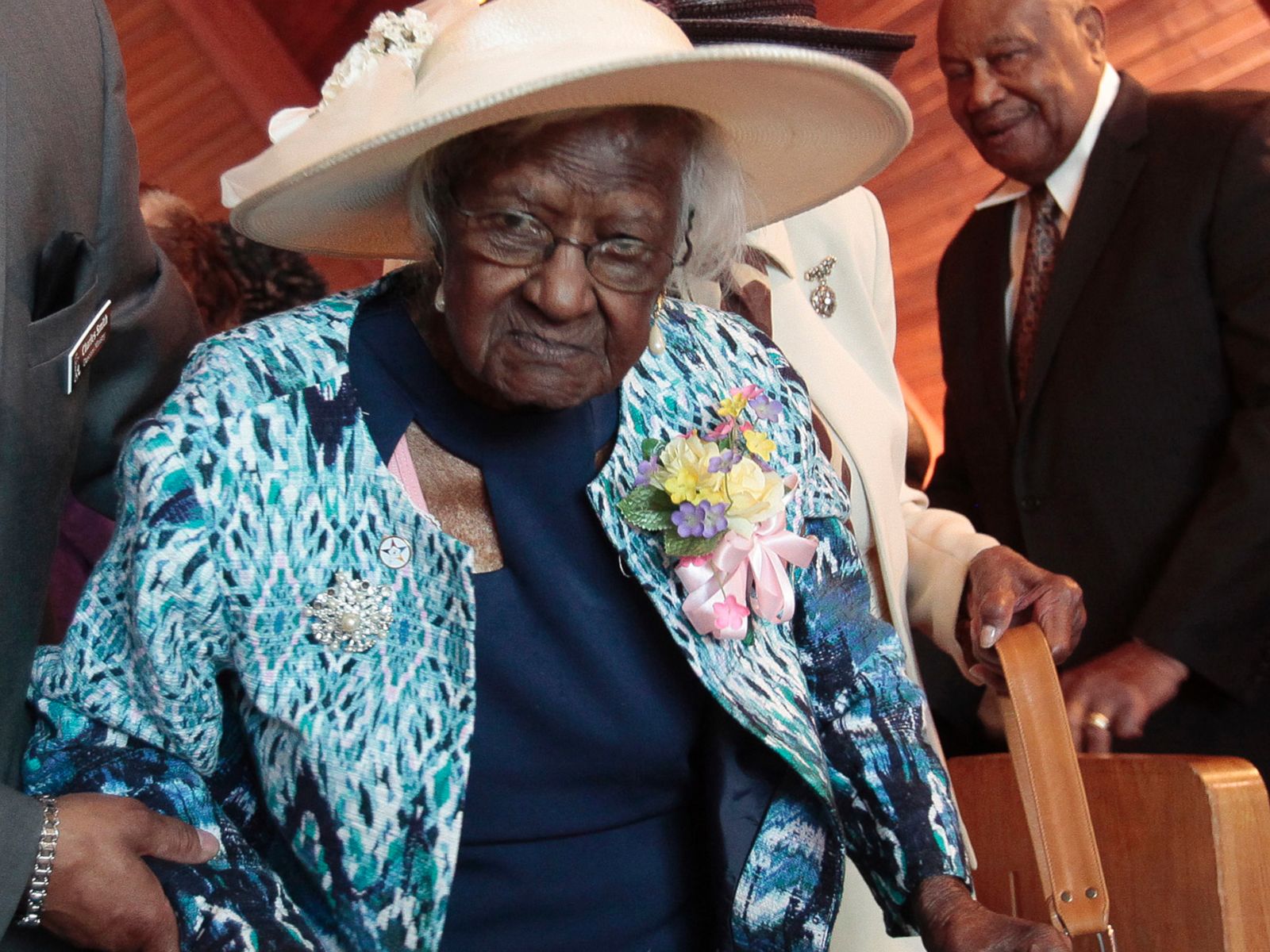 Talley grew up in the South and was married for 52 years, until her husband passed away. She lives with her daughter and enjoys playing with her great-great-grandkids and even takes an annual fishing trip! Talley’s advice for a long life is perfectly simple: “Do unto others as you would have them do unto you, that’s my way of living,” she told a Michigan news affiliate in 2013.

At 115, Mushatt Jones is as feisty as ever. She loves bacon, scrambled eggs and grits every day for breakfast — not exactly something that is a recipe for long life, you’d think. But except for vision loss due to glaucoma, the only health problem she is medicated for is blood pressure. She’s also said to have an affinity for lacy lingerie. “You can never get too old to wear fancy stuff,” she’s said, according toTIME. You go, girl. Morano-Martinuzzi was born just days before the turn of the century in November 1899. It’s her slightly unusual diet which she credits for her longevity. When she was just 20, Morano-Martinuzzi says that a doctor told her to have one raw and one cooked egg daily, which she does to this day. She also keeps dinner light, having just a glass of milk, she told an Italian newspaper, La Stampa. Or maybe it’s getting enough sleep that’s doing the trick. She follows the old adage of early to bed, early to rise. She goes to bed at around 7 p.m. and wakes up just before 6 a.m.

This website uses cookies to improve your experience while you navigate through the website. Out of these, the cookies that are categorized as necessary are stored on your browser as they are essential for the working of basic functionalities of the website. We also use third-party cookies that help us analyze and understand how you use this website. These cookies will be stored in your browser only with your consent. You also have the option to opt-out of these cookies. But opting out of some of these cookies may affect your browsing experience.
Necessary Always Enabled

Any cookies that may not be particularly necessary for the website to function and is used specifically to collect user personal data via analytics, ads, other embedded contents are termed as non-necessary cookies. It is mandatory to procure user consent prior to running these cookies on your website.